Shopify has expanded its ‘Shop Pay’ payment option to its merchants on Facebook and Instagram, which marks the first time Shop Pay will be available outside Shopify's own systems.

It will make shopping easier on the platforms, as Instagram and Facebook users will see Shop Pay as a payment option in Facebook Pay. Shop Pay pre-populates their details and speeds them through the most efficient and secure way to pay - directly on Instagram and Facebook. Once the purchase is made, customers are able to track orders and see the carbon emissions offset from their purchases.

This collaboration follows the partnership with TikTok announced in October and shows Shopify’s understanding of omnichannel marketing to enable merchants to reach more potential customers. (The TikTok channel for Shopify allows merchants to take advantage of the platform to reach new audiences. Merchants select which product they would like to feature, and video ads are automatically generated that drive to their Shopify stores for checkout.)

Google Chrome will be getting rid of third party cookies. Is it a big win for privacy, or an example of Google further tightening its grip on the advertising industry? It depends on where you’re standing. On one hand, it will make a huge change in the world of online advertising - it will be more difficult to track online activity, impacting targeting and allegedly increasing privacy. On the other, critics believe it could damage smaller advertising businesses and harm websites that rely on advertising to make money.

Browser-based machine learning will track browser history and put online users into groups of people with similar interests. This means tracking will still exist as an option for marketers, it will just be implemented in a different way. 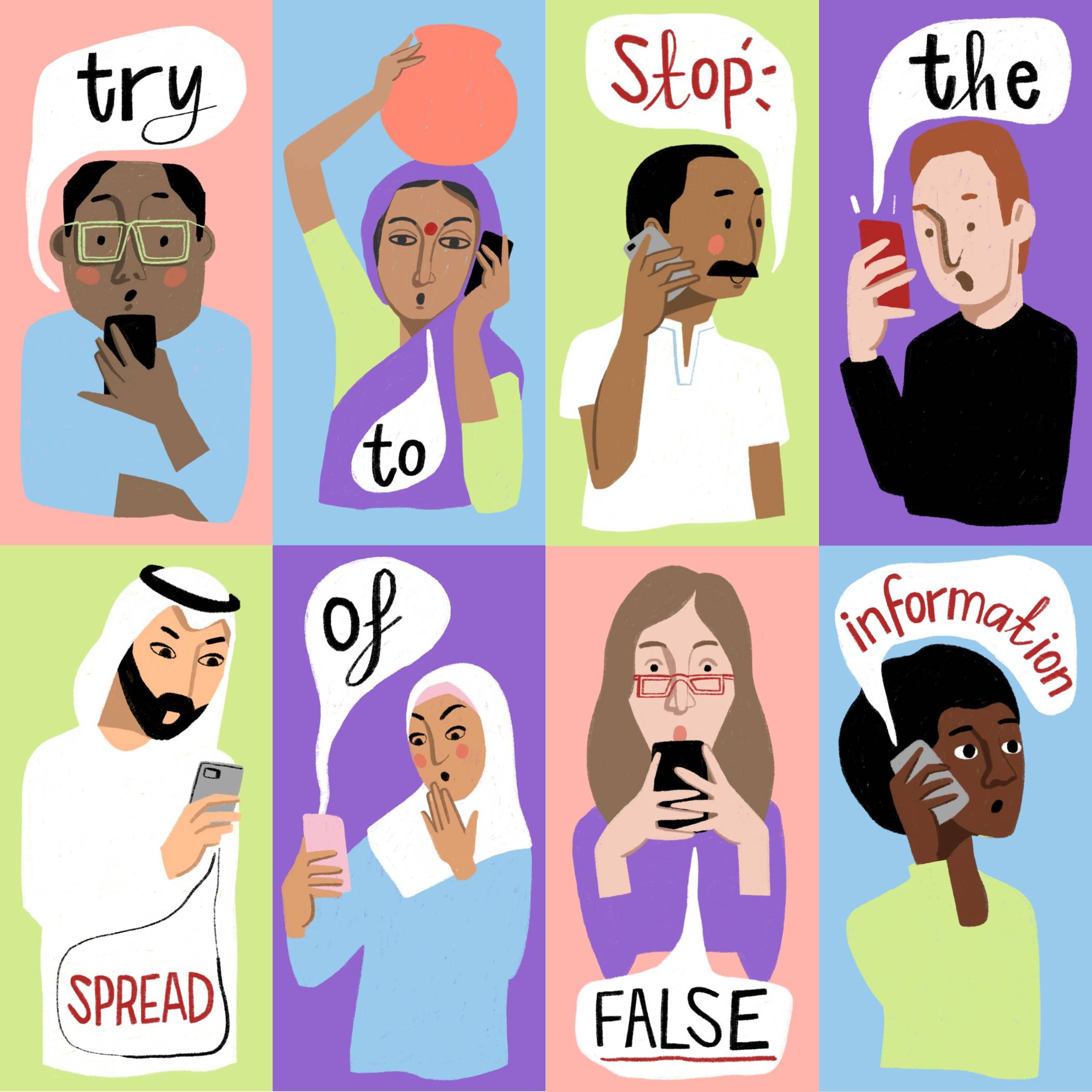 Reuters has said that 36% of people use the Facebook platform to find their news - but with a history of misinformation and the propensity for falsehoods to spread unchecked in recent years, the ‘News’ function could be a way to increase reliability of the information available.

It was thought this may also help the relationship between FB and publishers in the long term - traditional publishers have seen their ad revenue divert to the big tech platforms in the past decade so this could help them work together.

(There is of course also the ongoing situation in which Facebook has banned the viewing and sharing of news in Australia, as the government looks to implement a law that would require tech platforms to pay media companies for linked content. Is this censorship by FB or a reasonable stand against a ‘link tax’?)

4. Klarna And Other ‘Buy Now, Pay’ Later Firms To Be Regulated 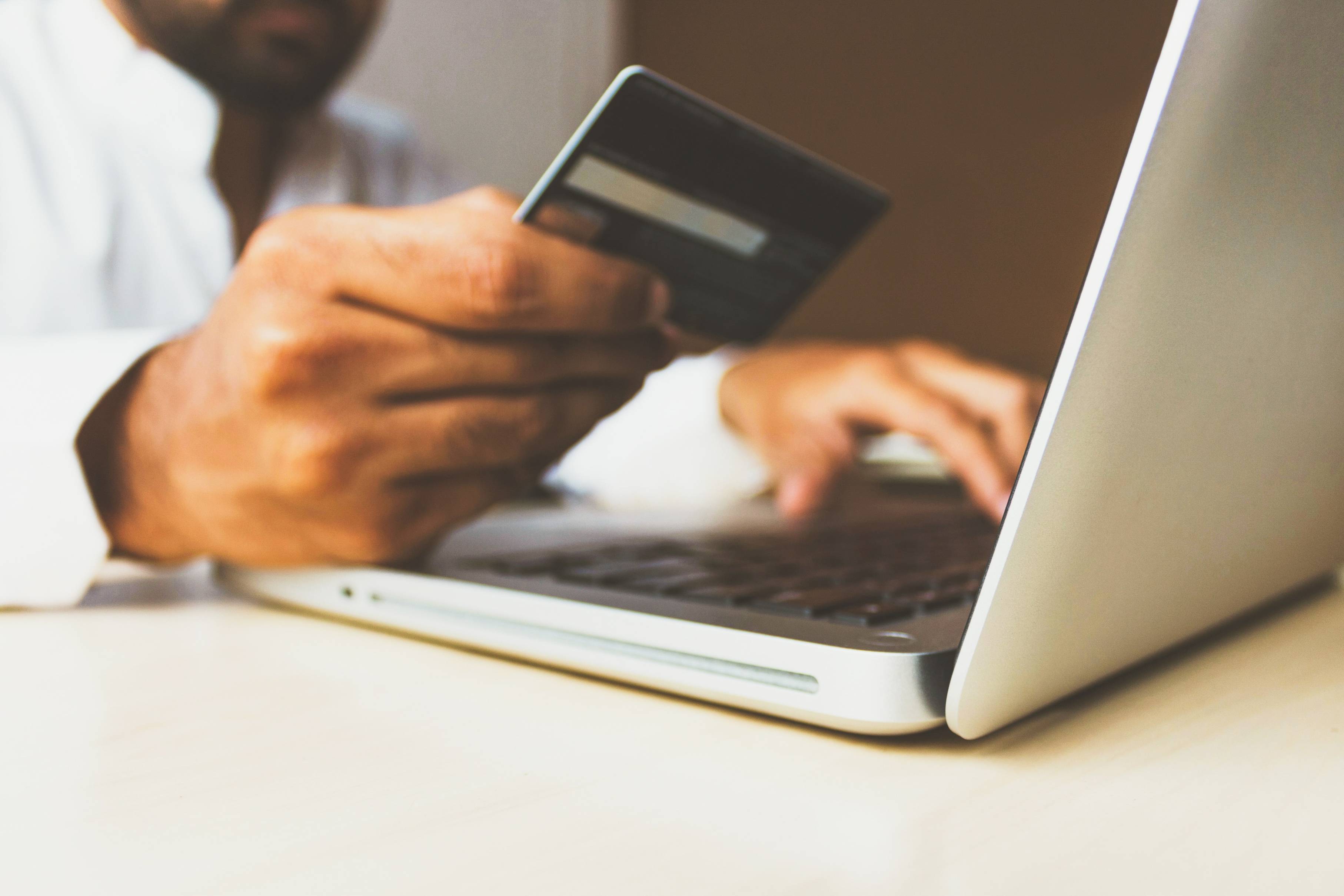 As the popularity of Klarna et al has risen in recent years, it was inevitable that a review into the buy now pay later sector would take place. These services were used by five million people in the UK for total sales of £2.7bn in the last year. Proposed reforms will strengthen existing protection to ensure people are treated fairly and don’t fall into debt.

Klarna has responded by saying it welcomes the review and supports modernising regulation, stressing that it is in favour of robust regulation for the buy now pay later sector. 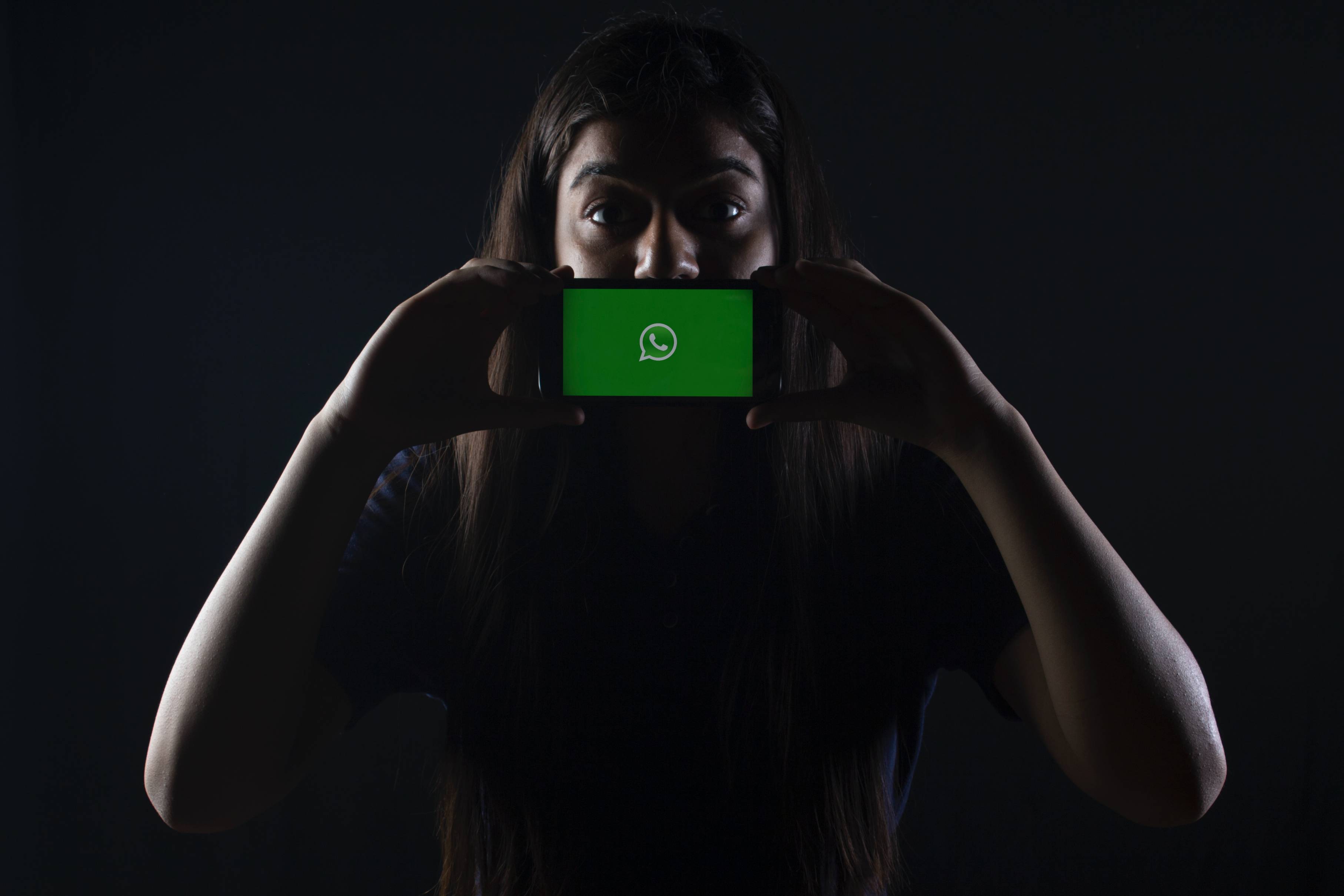 When WhatsApp announced changes to its terms at the start of the year it led to millions of users downloading alternative messaging apps as the changes seemed to predict a big change in how their data would be collected and used. WhatsApp has since said people misunderstood the change and is seeking to clarify with amended wording.

The phrasing made it sound as if lots of data would be cross-shared with Facebook, but this was misleading, and in reality most users had already accepted the type of data sharing it referred to.

Now, WhatsApp will be displaying a banner to clarify what is and what isn’t changing.

It will reiterate that the data it shares with its parent company, Facebook, does not include messages, groups or call logs. Instead, it says the new terms focus on changes to allow users to message businesses.

WhatsApp already shares information with Facebook, such as your IP address and information about your phone, as well as purchases made via the platform. However this does not apply in Europe and the UK, where different privacy laws exist.

6. Everyone Has A Podcast 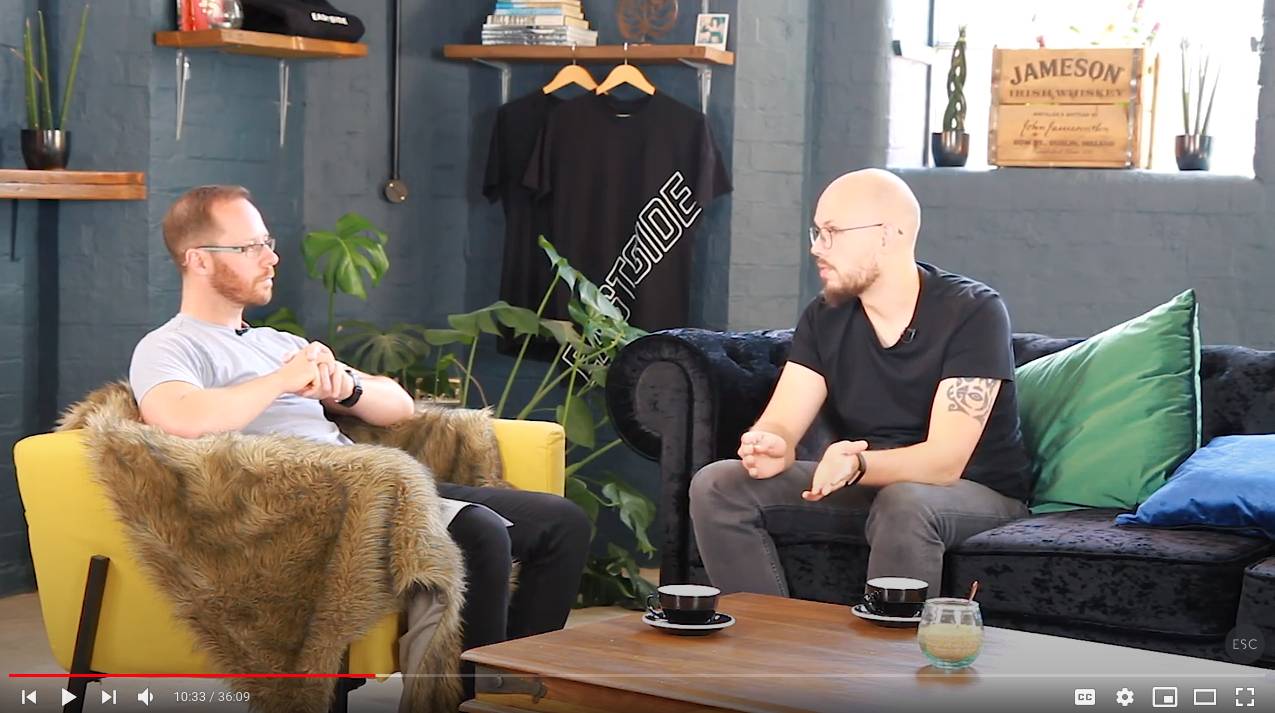 The medium continues to grow, with Spotify and Audible both investing and making it clear that podcasts will form a big part of their output offering.

Podimo, another podcast subscription service, has just been boosted by raising 11 million Euro in funding. It has 600 shows exclusive to the platform and it shares its membership revenue with the podcast creators.

Acast, host of over 20,000 podcasts, has acquired a podcast startup called RadioPublic which has an embeddable web player and custom websites called Podsites.

We’ve also got our own podcast - why not check it out? It’s called Ecommerce Exchange and we talk to experts across ecommerce and marketing. You can find it here as well as on all the major podcast outlets. 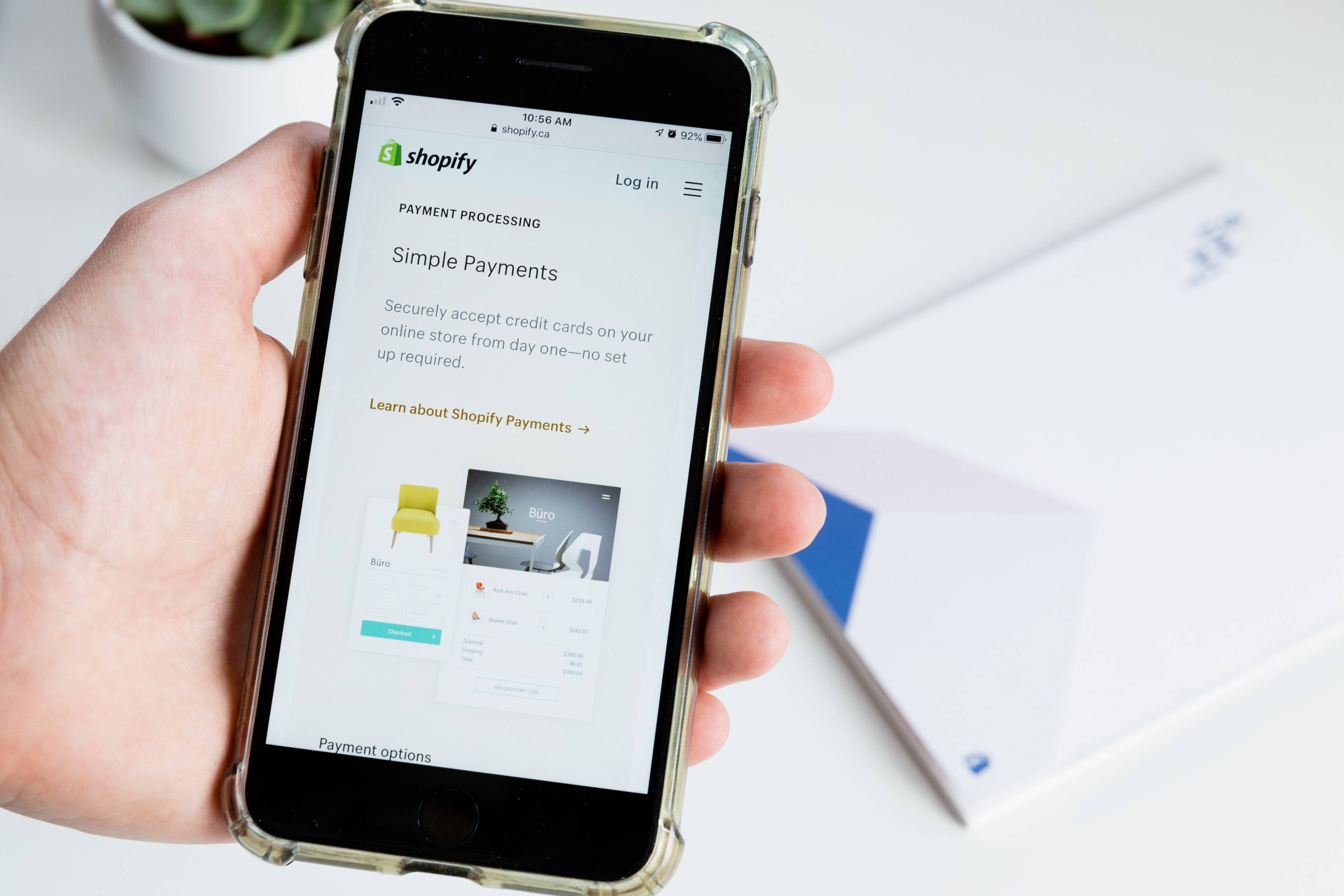 Shopify doubled sales (again!) for the third quarter in a row. However it has acknowledged that it would be unable to maintain that level of growth throughout 2021.

Hundreds of thousands of new merchants launched on the platform in 2020 as ecommerce boomed amid the pandemic.

Total spending by customers across the 1.7m merchants that use Shopify’s software and services grew 99 per cent to $41.1bn in Q4, as consumers were forced to shop online.

Shopify has said that it expects to continue to grow revenue rapidly in 2021, but at a lower rate than in 2020.

Shopify said it planned to re-invest by expanding its recruitment and doubling down on new ventures such as its logistics network and ‘Shop’ app.

Just a reminder that blanket rules don’t always work. Facebook has apologised after it threatened to delete a group in the West Midlands in the UK, in which its members were discussing a traditional local meal. The name of the dish was flagged as inappropriate but had only been used in a culinary context.

It seems algorithms still have some way to go before they really understand the nuances of language!