Online sellers have some important decisions to make in the coming year.

Magento is planning to continue support for the Magento 1 platform through 2020, so for those loyal to the Magento platform, one long-term solution has been to slowly plan a migration to Magento 2 to retain Magento’s advantages and maintain continuity.

But did the recent announcements at Shopify’s Unite Conference change the playing field?

Shopify and Magento have been something akin to ecommerce’s Coke and Pepsi for a while. But there’s one major difference: in fizzy drinks, the secret recipes don’t change. The recipes in ecommerce, however, are about to change in a big way.

Next year, merchants using Magento 1 will be thinking about upgrading to Magento 2 or migrating to Shopify. The best time to make that decision is now.

In this post, we’ll take a deep dive into Shopify’s recent announcements and how they’ll affect the major ecommerce platforms by next summer:

What We Learned During the Shopify Unite Announcements 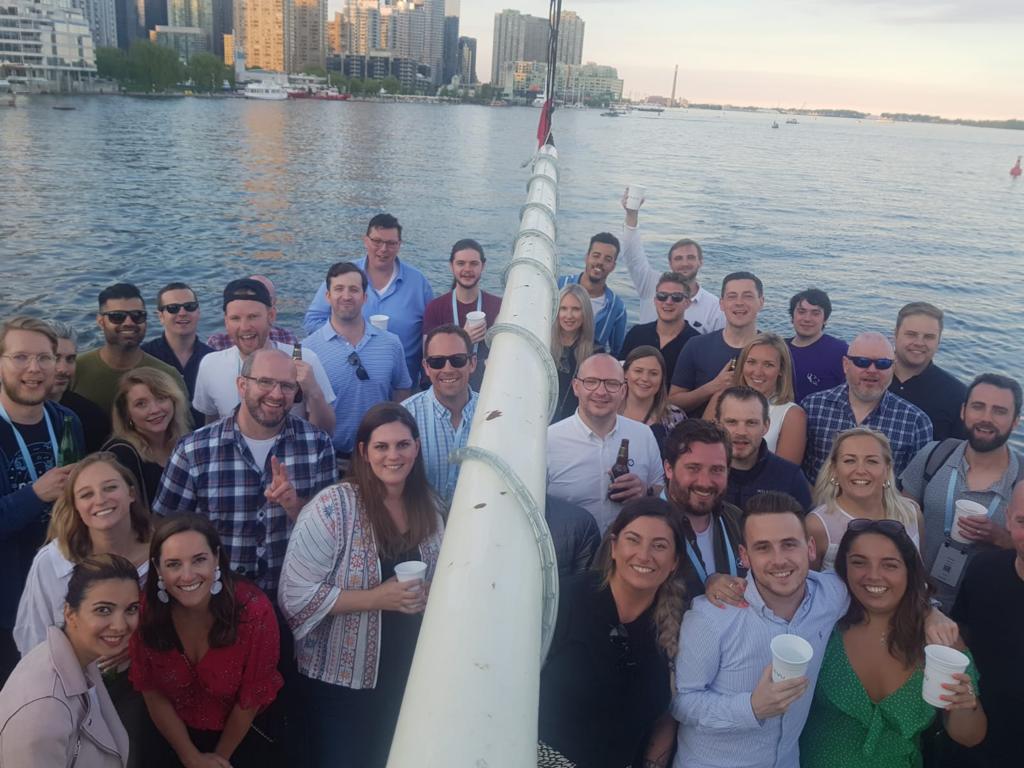 As well as networking on a yacht, we were pleased to be able to attend the conference and watch the presentations detailing the current state of Shopify, its customer base, and its growth plans. That includes a few drastic changes as Shopify improves its offerings.

Let’s take a look at what they are in more detail.

1. A new “design experience” for the online store

Part of Shopify’s broad appeal is that it has a smaller learning curve than Magento. This makes it easier for smaller shops to get set up on Shopify and get off to the races as quickly as possible.

But this has come at a cost: Magento’s advantage has been its freedom of customisation. One of the chief announcements from Shopify Unite seems aimed at closing that gap.

Here are some of the changes to expect:

a) “Sections” on every page

Ever since the feature was introduced in 2016, merchants could utilise distinct “sections” to highlight individual products. The problem was limitation. These sections only applied to the home page. Now Shopify is expanding it to every page, increasing the level of customisation across the entire shop.

Creating a master page, merchants can make sweeping changes simply by clicking “apply changes” to all pages of a specific type. This makes it easier to incorporate site edits on individual elements. You’ll no longer have to go through each page one-by-one.

Shopify will offer pre-configured “starting points.” These are designed to make the initial store setup even faster.

An update to the interface for all the above should improve the user experience. This will decrease setup time and the amount of customisation work required for individual pages.

Perhaps most importantly for Magento users, Shopify Partners will be able to use a checkout app extension designed to improve and shorten the purchase flow. Now, buyers won’t have to be routed to a third party outside of the Shopify checkout process to complete a transaction. Developers can simply integrate their apps into the checkout.

Statistics suggest Magento’s third-party add-ons outweigh those with Shopify. This hints at a higher level of customisation for Magento’s platforms. That’s especially advantageous for any company with the developers to handle these third-party apps.

But if Shopify’s updates continue to improve its design customisation features and include more third-party apps, it should cut into Magento’s built-in advantage.

Integrating augmented reality and visuals “significantly improves conversion rates,” according to Shopify. No one’s going to argue with that. Online, visual content tends to get 94% more views and 90% of shoppers say they use video to make buying decisions.

At its Unite event, Shopify announced it will update the product section of the Shopify Admin. This section will then be available to all Shopify merchants, supporting both video and 3D content for products. That means that storage, delivery, and access can all work through the Shopify API.

In other words, it’s about to get a whole lot simpler. With Shopify hosting video and 3D content, speed may even improve. Instead of uploading images to Shopify with the API, merchants can create, update, and delete media types. That includes video, external video, and 3D models.

3. Improvements to Shopify POS and the Launch of a Fulfillment Network

Shopify also announced at Unite that use of its POS kit has grown to over 100,000 merchants generating billions in sales.

Merchants using a physical Shopify POS should also notice faster checkouts and simpler use. Shopify estimates that discount apps, for example, could reduce from 15 seconds to 5 seconds.

In addition, merchants will be able to link their online store with fulfillment and delivery more easily than ever before. Shopify announced a “geographically dispersed network of fulfillment centers with smart inventory-allocation technology, powered by machine learning that predicts the closest fulfillment centers and optimal inventory quantities per location to ensure fast, low-cost delivery.”

This network is expected to target merchants moving 10 to 10,000 products per day and will offer additional features like:

Shopify also plans to incorporate machine learning. This will provide for the automatic selection of the optimal inventory amounts in each location. The result? Integrating with Shopify should preclude interruptions in inventory while improving fulfillment rates.

Magento 1 Support Ending And What It Means For You

Why do these updates matter if you already use Magento to your complete satisfaction? Because something is about to change in a big way.

Magento has long promised users advance notice before ending support for the Magento 1 platform. For a while, that announcement was delayed. But now that we know Magento is committed to this support only through the summer of 2020, it’s time to think about your options. This extended the original “end of life” date by 18 months.

But before you get caught off guard, the time to make a decision is sooner rather than later.

The end of Magento 1 support

Although the difference of only one integer sounds simple, it’s more complicated than that. Moving from Magento 1 to Magento 2 is a bit like signing up for an entirely new platform:

In most cases, each variable will mean a migration that’s as complicated as setting up a brand new store. You might even view it that way. With Shopify’s insistence on Magento-like customisation and ease-of-setup, we’ve approached a decision point: is it simply better to move to Shopify, or stick with Magento? 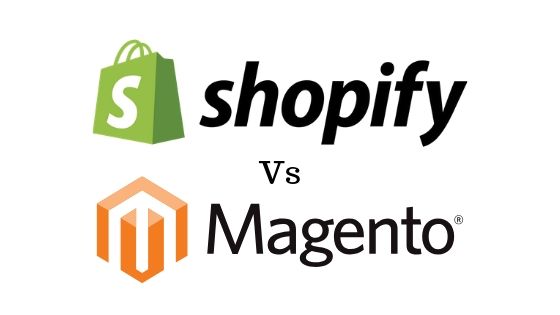 Let’s be clear: Magento is a robust, powerful platform. Some statistics suggest it powers roughly 250,000 active sites. (For comparison, Shopify currently has a network of over 820,000 merchants).

But not everyone has moved to Magento 2. Four months ago, only some 11,000 of those sites had migrated to the new platform. One reason for that is that migrating from one platform to the next isn’t as simple as performing an upgrade. And those who have been happy with the Magento 1 platform--and its support--have been able to keep enjoying it over the past few years.

But as the summer 2020 deadline approaches, merchants are going to have to choose: are they going to upgrade to Magento 2, or move platforms completely and choose Shopify?

These are the variables that have changed with the new releases from Shopify:

Previously, Magento had the chief advantage when it came to the flexibility of designing your own shop. Now Shopify is better at it than it used to be. Some merchants no doubt used Magento for its third-party app flexibility. But as Shopify improves in this regard, it’s going to be harder to justify avoiding Shopify for that basis alone.

Even before Shopify’s recent announcements, it had the advantage on “learning curve.” It was simply easier to set up. Magento’s learning curve was much steeper. For someone considering an entry point into ecommerce, for example, the pre-configured content with Shopify is an even greater incentive for startups that need a shop up and running as soon as possible.

Cloudways.com found that third-party extensions and applications were among the top concerns for shop owners. We know from Shopify Unite that more than 80% of merchants use third party apps. This has primarily been an advantage for Magento, which features fewer users but a higher amount of add-ons, while Shopify offers more design themes. But the new Shopify features, including POS cart app extensions, will make it more competitive with Magento 2 for third-party features that don’t interfere with the simple Shopify interface.

Migrating to Shopify or Upgrading to Magento 2: Making the Decision

Scour the web for “Shopify vs. Magento 2” and you’ll find results that are already out of date. Shopify’s Unite event saw to that. Post-Unite, however, we know enough that we can make a fairly accurate comparison of the two platforms even in advance of 2020. Here’s what you’ll want to keep in mind:

Analyse the third-party apps and add-ons you use

When you first started, these apps and add-ons may have been exclusive to Magento’s platform. But times change. With its thriving App Store, Shopify has hundreds of apps available which augment and enhance the functionality of ecommerce stores in many different ways. It may be time to give a migration to Shopify careful thought.

The gist before 2019 was that Shopify had the advantage in ease of use and setup, while Magento provided an enhanced level of customisation. But if you’re going to weigh advantages according to your needs, you should review the latest upgrades to Shopify. Bear in mind that Shopify is hosted (where your store is hosted by them) while Magento requires that you provide your own hosting, plus installation, setup and configuration before you can actually start creating your store--this requires a certain level of web development and coding expertise.

Don’t weigh Shopify of 2017 against Magento 1. Remember that after you make your migration to the next platform--no matter which you choose--it will be a decision for the future. Think about what you’ll need in 2021, 2022, and beyond.

Even after you make a decision, make sure that you weigh the costs of migration and setup on the new platform. Shopify’s advantage is that it’s even easier to get started now, which is worth factoring into your overall decision before you arrive at a final choice.

The decision you make now will affect your ecommerce for years to come. Make sure that you understand your priorities and where your business is headed before you automatically assume one choice is better than the other.

And if you need help making a decision along the way, it always helps to have an extra set of eyes. Give us a call to learn more about how Shopify could work for your business--and more importantly, what to do about it.